As a student environmental sciences, I’ve always been minimalist. But there are few things I keep in stocks. I love music ( who doesn’t ) so I have had a collection of more than 10 thousand songs since I started using the internet i.e form 2007.

but but but yesterday 16th may 2020 I lost all my collection due to his fucking virus ( not corona this time ) I am feeling a void .. don’t know why. I know nothing is permanent but I have saved these from a long time. All the meditation instructions all the beautiful songs all the tunes all the melody everything has gone. This is the sign that I should become a whole of a minimalist. No stocking for future never

Today is Mother’s day I know I haven’t wished you ” Happy Mother’s Day ” I don’t know why I didn’t felt like I should hug you, say nice words to you. I don’t know why I am always in a bad mood. I want to hug you I want to share everything I feel about you but since my childhood, you have always been strict with me you have never hugged me loved me the way I wised so day by day I am becoming like you sooorryyy MAAA

we like to think that what doesn’t kill us makes us stronger, or more resilient, or . . . something. Deeper Wiser Enlarged.

There is “glory in our sufferings,” “Suffering produces perseverance; perseverance, character; and character, hope.” In this equation, no pain is too great to be good. “The darker the night, the brighter the stars,”.

Feelings, like consuming sadness and aching regret, may never have had a function in the evolutionary sense. But religion, art, literature, and Oprah have convinced us that they are valuable—the bitter kick that enhances life’s intermittent sweetness. Pain is what makes joy, gratitude, mercy, hilarity, and empathy so precious. Unless it isn’t.

“I know the word ‘pain,’ and I know people are in pain, because you can see it,” jenny, a seventy-two-year-old retired teacher, told me, in the cluttered kitchen of her century-old stone cottage.

Jenny has never experienced the extremes of rage, dread, grief, anxiety, or fear. She handed a cup of tea to Jim, her husband of twenty-five years, with whom she’s never had a fight. “I see stress,” she continued, “and I’ve seen pain, but never felt it”.

Because of a combination of genetic quirks, jenny’s negative emotional range is limited to the kinds of bearable suffering one sees in a Nora Ephron movie.

When something bad happens, jenny’s brain immediately searches for a way to ameliorate the situation, but it does not dwell on unhappiness. She inadvertently follows the creed of the Stoics (and of every twelve-step recovery program): Accept the things you cannot change.

She described the closest she’d ever come to experiencing real terror: an incident when her son, Jeremy, a musician, was beaten up so badly at a gig that he had to be hospitalized.

In addition to Jeremy, who is forty-two, jenny has a daughter, Amy, who is thirty. Her experience of motherhood has entailed none of the rumbling terror that most parents feel over their children’s safety. “Some time ago, someone said to me, ‘When the baby comes, the first thing you do is count the fingers and toes.’ I thought, I never looked at anything!” Jenny said. “I never dreamed of there being anything wrong.”

She is exceedingly loving and affectionate with her husband. When I first came to the door, she greeted me with an embrace, crying, “Ooh, I’m very huggy!” Her seventeen years as a special-education teacher required great reserves of compassion. “I had a Down-syndrome girl—who was actually quite high-functioning—and she would come in every morning and she’d walk up to me and spit in my face, and say, ‘I hate you, Jenny! I hate you!’ And I’d stand there and say, ‘I don’t like being spat on, but I don’t hate you!’ ” jenny told me, smiling. “Oh, I’ve had some very difficult students. I’ve been bitten; I’ve been spat on; I’ve been kicked!” Over the years, Jenny and her have provided short-term foster care for four children. One of them stole all their vacation money from the cookie jar. “She did take things for the sake of taking them,” Cameron said pleasantly. “It took us years to catch up! When eight hundred pounds is gone from your vacation kitty, it takes a long time to recoup.”

Even seemingly sorrowful things, like the loss of her mother a year ago, can fill jennywith appreciation and pleasure. “My mother’s death was the least saddest thing ever,” Cameron declared. “She used to say, ‘I’ve had the most wonderful life.’ And she died after she had an iced lolly and went to sleep.” When the doctor arrived, Cameron recalled, “she said, ‘Don’t take this the wrong way, but that’s the most beautiful corpse I’ve ever seen.’

jenny is entirely insensitive to physical pain. As a child, she fell and hurt her arm while roller-skating, but had no idea she’d broken it until her mother noticed that it was hanging strangely. Giving birth was no worse. “When I was having Jeremy, it was the height of everyone doing natural childbirths,” she said. “My friends would come up to me and say, ‘Don’t listen—it’s murder. If you’re in pain, take everything they give you.’ I went in thinking, As soon as it gets painful, I’ll ask for the drugs. But it was over before I knew it.”

Jenny didn’t realize that she was any different from other people until she was sixty-five. “Lots of people have high pain thresholds,” she said. “I didn’t think people were silly for crying. I could tell people were upset or hurt and stuff. I went through life and I just thought, I haven’t hurt myself as much as they have.”

Jenny was having a trapeziectomy, an operation to remove a small bone at the base of the thumb joint. Though her hands never hurt, they’d become so deformed by arthritis that she couldn’t hold a pen properly. She’d had a similar experience with her hip, which had recently been replaced; it didn’t hurt, but her family noticed that she wasn’t walking normally. She saw her local doctor about it several times, but the first question was always “How much pain are you in?” And the answer was always “None.”

Jenny has a mutation on her faah gene that makes the enzyme less effective—so her endocannabinoids build up. She has extraordinarily high levels of one in particular: anandamide, whose name is derived from the Sanskrit word for “bliss.”

She had a marriage before where . . .” She trailed off, thinking about her previous husband. “I mean, I loved him. But you never knew what you were coming home to.”

jenny’s first husband, Phil died after a prolonged battle with mental illness. “He’d either be full of fun and laughter, or he’d be so depressed he’d be curled up in the corner in the fetal position. They met when they were both university students , where jenny grew up. “He was lovely,” she said. “But he always had a dark side. He would get down, and I would be the one that would bring him up again. You know, there’d be a game going: ‘Oh, it’s not that bad, come on.’ ” Phil had his first major episode as the family was on its way to a vacation when Jeremy was little. “He just cracked,” Jenny said. “On the plane, all the way there, he was kicking me, pinching me.” (It’s impossible to say how hard; it didn’t hurt.) “We got to the hotel, and I said, ‘Can someone please come and help me? My husband is having a breakdown.’ ”

She recalled the difficulty of finding a flight home on short notice, of thinking of an excuse to give Jeremy. “He always had it under control,” she said. “But suddenly he couldn’t control it.” Phil tried a variety of medications and saw several psychiatrists over the years.

Amy finds her mother’s equanimity confounding. “She’ll say, ‘Why can’t you be a normal mom?’ ”Jenny told me. When Jenny asked, “What’s a normal mom?” Amy replied, “Well, it’s not you. They shout!” Jenny shook her head at the memory. “I sometimes think to myself, I’m being horrible. If someone is really in a rage and really upset, and you’re saying, ‘It’s all right!,’ then they get angrier. I can be very annoying—especially when you’re a teen-ager and you don’t want your problems solved. You just want someone to shout at.”

Two years ago I had an car accident then I thought about Jenny, and what she would do in this situation. She would keep going until there was a place to pull over, and she wouldn’t worry about how far that might be or what might happen before then, because there’d be nothing she could do about it. She’d park, call the rental-car place, and take it from there—calmly, kindly, without losing her mind or her sense of humor.

“Spending time with her, I realized that if we only had more people like Jenny—who are genuinely nice, pleasant, do not give in to anger . . . well the world would be better place.

The people who really help others are not trying to be useful , but are simply leading a useful life . They rarely give advice , but serve as an example . Do one thing: live the life you always wanted to live.Avoid criticizing others and concentrate on fulfilling your dreams. This may not seem very important to you, but god, who sees all, knows that the example you give is helping him to  improve the world. And each day, he will bestow more blessings upon it 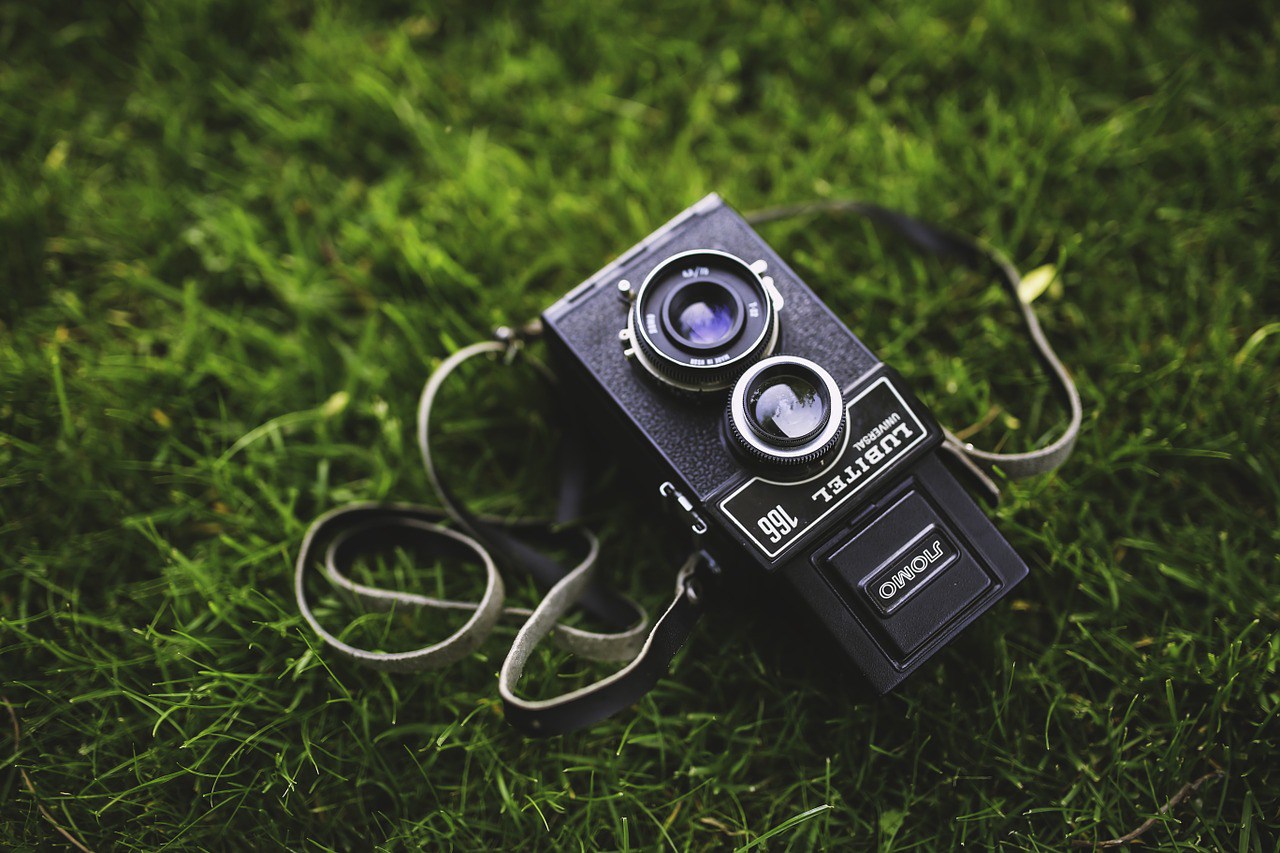 This is your very first post. Click the Edit link to modify or delete it, or start a new post. If you like, use this post to tell readers why you started this blog and what you plan to do with it.

This is a text widget, which allows you to add text or HTML to your sidebar. You can use them to display text, links, images, HTML, or a combination of these. Edit them in the Widget section of the Customizer.